Warning: count(): Parameter must be an array or an object that implements Countable in /homepages/18/d236556940/htdocs/clickandbuilds/Artmag/wp-includes/post-template.php on line 310 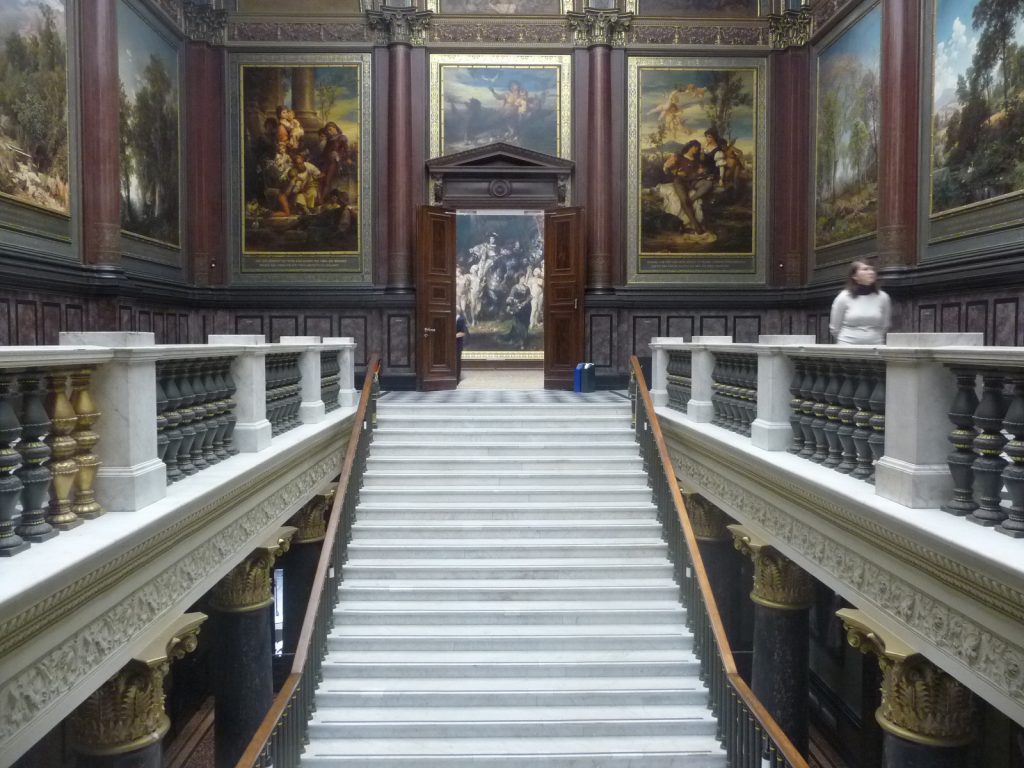 With its Art Mile linking some of Germany’s top art galleries and the spectacular new HafenCity, Hamburg is emerging as a great cultural city break destination, writes Ian Sclater

ORIENTATION
Hamburg is centred around two inland lakes divided by the Lombard and John F. Kennedy bridges. The ‘Aussenalster’, Europe’s biggest urban lake, is rimmed by some of the city’s most impressive residences and in summer is criss-crossed by sailboats and windsurfers. The ‘Binnenalster’, with its tall geyser gushing up into the air between April and October is ringed with floating cafes and restaurants It dovetails into a large square in front of the magnificent, Renaissance-style Rathaus (City Hall).

ART MUSEUMS
Conveniently, the five main city centre art museums are just a few hundred metres apart from one another. A coordinated marketing programme has linked them together along the ‘Kunstmeile’, or Art Mile, which partially follows the arc of the long since demolished city wall. A €29 pass will get you into all five museums. (Along the way you may cross one of Hamburg’s many bridges or canals, of which it claims to have more than Venice and Amsterdam combined.) www.kunstmeile-hamburg.de

Facing one another across a raised plaza which has become popular with skateboarders are two branches of the city’s main art museum which could not be more different in either their design or their collections.

Celebrating its 150th anniversary in 2019, making it Hamburg’s oldest museum, the red brick Kunsthalle is the city’s most venerable art museum. Once regarded as the epitome of the Hamburg bourgeoisie’s taste in art, it houses one of Germany’s most important public collections with works spanning seven centuries of art history from the Middle Ages to the present day.

As well as permanently displaying over 700 iconic works from the city’s permanent collection, such as Edvard Munch’s ‘Madonna’, Monet’s ‘Waterloo Bridge’ and ‘Hill and Ploughed Field near Dresden’ by Caspar David Friedrich (who has a whole room to himself), the Kunsthalle shows a series of special exhibitions spread throughout a labyrinth of adjoining rooms. A lovely Impressionist collection includes works by Manet, Monet, Renoir, Degas, Gauguin and Sisley.

The Kunsthalle was joined in 1997 by the stark, white block that is the Gallery of Contemporary Art, known inevitably as ‘the Cube’. In the underground passageway connecting the buildings, try not to strain your neck reading Jenny Holzer’s ‘Ceiling Snake’ with its illuminated digital sayings running like ticker-tape along the ceiling (‘Going with the flow is soothing, but risky’, ‘Too much self-consciousness is dangerous’, ‘Even your family can betray you’).

The passageway seems to act as a time machine, as visitors leave a rather sombre fin de siecle atmosphere and emerge into the bright, minimalist environment of one of the largest buildings for contemporary art in Germany. The collection, shown in varying thematic presentations and augmented by new acquisitions and large special exhibitions, traces international developments from 1960 onwards in media such as painting (Gerhard Richter, Georg Baselitz, Neo Rauch), Pop Art (Andy Warhol, David Hockney), conceptual art (Sol LeWitt, Robert Mangold, Richard Long) and photography (Jeff Wall, Cindy Sherman). There are also some 600 works of video art.  www.hamburger-kunsthalle.de

With some 500,000 objects spanning 4,000 years of world cultures, the Museum für Kunst und Gewerbe, (Museum of Arts and Crafts, or MKG), is the biggest of its kind in Europe. Highlights include a unique art nouveau collection, original keyboard instruments, porcelain and faience ware from Meissen, Nymphenburg and other manufacturers, furniture and product design from the Bauhaus period.

Subjects of recent exhibitions have included the various uses of clay, Japanese tea ceramics, Chinese glassware, female designers and posters from the period around the end of the GDR. Don’t miss the beautiful music room, with its parquet flooring, statuary, gilded plasterwork and sky-painted ceiling. www.mkg-hamburg.de

In two facing, hangar-like buildings which formerly housed a covered market complex, the Deichtorhallen (Dyke Gate Halls) make up one of Europe’s biggest centres for contemporary art and photography. Divided into the House of Photography and the Exhibition Hall of Contemporary Art, the airy, glass and steel interiors are ideal for hosting a series of changing exhibitions. Over the years solo exhibitions in the two buildings have been devoted to work by the likes of Annie Leibovitz, Antony Gormley, Helmut Newton, Henri Cartier-Bresson, Keith Haring, Roy Lichtenstein, Joan Miro, Marc Chagall, Gilbert & George, Cindy Sherman, Andy Warhol, Louise Bourgeois and many others. www.deichtorhallen.de 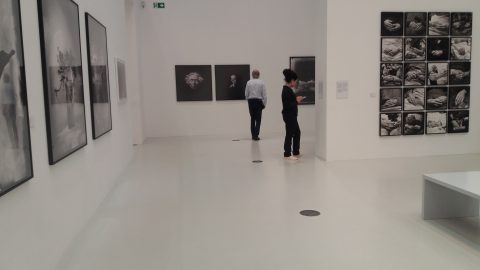 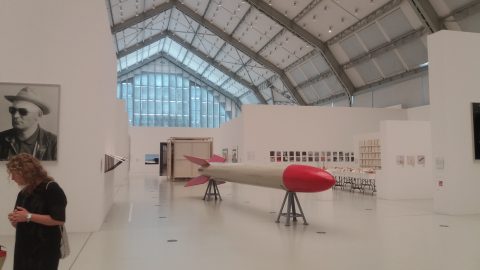 Established in 1817 and now located in a former market hall, the Kunstverein is one of the oldest art societies in Germany. Dedicated to the presentation of contemporary art, it shows both emerging and established international artists and gave early exhibitions to now world famous names such as Caspar David Friedrich (1826), Jackson Pollock (1958) and Francis Bacon (1965). With no permanent collection of its own, the changing exhibitions react to current trends and socially relevant subject matter. www.kunstverein.de

Founded in 2002 by the late owner of Die Zeit newspaper, Gerd Bucerius, the Bucerius Kunst Forum moved into new premises next to the Rathaus in June 2019 after outgrowing its former home just around the corner in the same building complex. Depending on the scale of the exhibitions, the single-floor gallery can be used as a single space or divided into several more intimate rooms.

Its opening exhibition was Here We Are Today: A View of the World in Photography and Video Art, featuring work by 15 artists on the themes of identity, homeland, the past, crimes against immigrants and capitalism. The museum will continue to stage four major exhibitions a year on themes ranging from antiquity to modern art. www.buceriuskunstforum.de

OTHER ATTRACTIONS
Over the last decade Hamburg has acquired a brand new district. Europe’s largest regeneration project, HafenCity (‘Hafen’ is German for harbour) is revitalising a formerly port area with new hotels, shops, office buildings and apartments. When completely developed sometime between 2025 and 2030, the new ‘downtown on the waterfront’ will be home to about 12,000 people and the workplace of about 40,000 more and will increase the footprint of the inner city by 40 per cent.

Opened in 2017 and named after the River Elbe, the Elbphilharmonie is Hamburg’s spectacular new landmark. Its 110-metre high glass facade rises like a giant wave and seems to hover above its red brick base, a former warehouse. 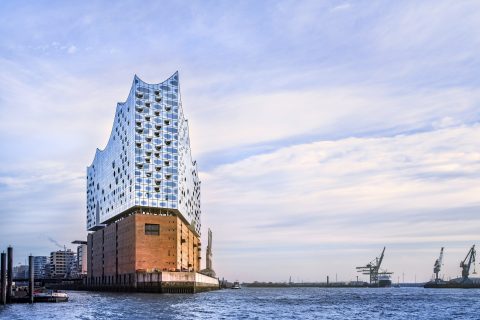 Visitors enter by way of The Tube, an 82-metre long escalator, to be met by a magnificent view over the port through a floor to ceiling picture window. A second escalator leads to the Plaza, where a viewing deck 37 metres above the ground offers sweeping, 360-degree views of the city and harbour. Inside, curved staircases, walls and ceilings and wave-like glass doors and windows create the feeling of being on board a cruise liner.

Designed by the Swiss architects Herzog & de Meuron (Royal College of Art, Konzerthaus Munich, Vancouver Art Gallery, etc.), the building’s centrepiece is the 2,100-capacity Grand Hall, where the seats rise in a steep incline to encircle the stage, resulting in unprecedented closeness between performers and audience. No seat is more than 30 metres from the conductor’s podium.

The building also contains 44 residential apartments and the 250-room Westin Hamburg hotel. The Plaza is free to visit. www.elbphilharmonie.de

Buzzing with commercial activity for over 125 years, the Speicherstadt (Warehouse Town) is the world’s largest connected warehouse district. A UNESCO World Heritage site, its network of canals wind past warehouses which hold valuable commodities such as coffee, cocoa, spices, tobacco and Oriental carpets (the world’s largest store) ready to be distributed to their final destinations. There are boat tours through the sheer, red brick-sided canyons. 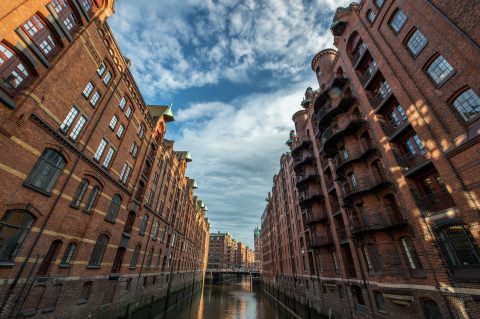 WHERE TO STAY
Ian Sclater was a guest of the 25Hours Hotel Hamburg HafenCity, part of the Europe-wide chain of hotels (motto: ‘Come as you are’) which are informally efficient and are all about fun. In the heart of HafenCity, the hotel is less than a kilometre from the city centre and minutes from line 4 of the U-Bahn (‘Untergrundbahn’, or subway).

Like all 25Hours properties, there is a theme – in this case, a modern seaman’s home, echoing Hamburg’s maritime and trading tradition. The bar and restaurant staff wear striped, matelot-style tops, there’s an inviting heap of Oriental rugs to lounge on in the reception area, while in your room you may find rope ladder wall hangings, an illuminated globe of the world, a ‘log book’ to record your stay or a desk and storage unit which opens like an old fashioned sea chest.

Where else will you see a neon sign high on the outside wall of a hotel suggesting ‘Let’s spend the night together’? www.25hours-hotels.com/hotels/hamburg/hafencity 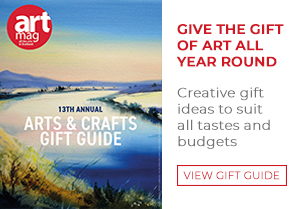 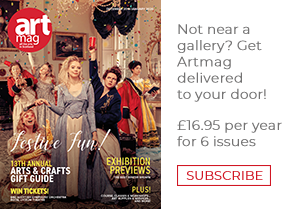